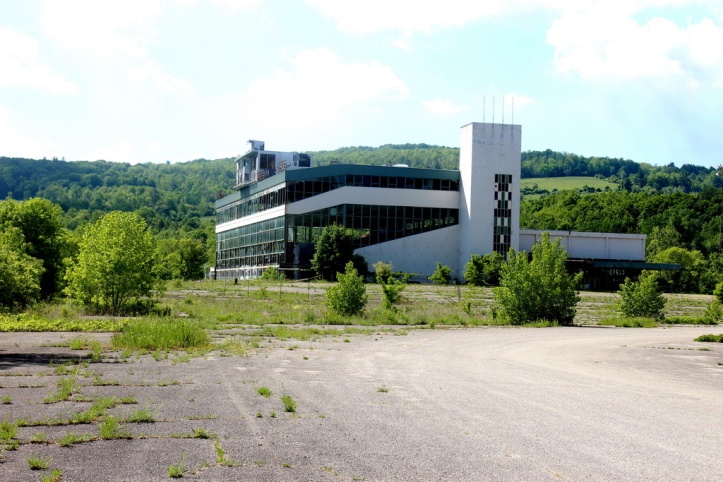 I had a day off yesterday. Even in this time of quarantine, and having lost a sizeable chunk of my work, I seem to have plenty to do and fill my time. But yesterday I had a truly empty day. My wife, AKA the woman I love, AKA the woman who knows me too well, has been saying for days that I needed a road trip, a getting away.

As usual, she was right. My normal involved a trip every month or so. Hours or road time, best served with the convertible top down. Then being in a place, either with a friend or two, or even alone. There’s not been much of that the past few months.

We’ve been self quarantined since February. I am a major introvert so the not getting out had not been hard (Don’t get me wrong. I miss my friends. But it is still easier for me than my lovely and extroverted wife and her ilk.) We both work from home already, so the change was less for us than some people. We’ve been married only three years, decades less than most of the people I know. Maybe we have some residual newlywedness going on, or maybe we really are as well-matched as we thought we were when we took our vows, but it’s been a good time for us in many ways.

It has been made easier, I am sure, by the fact that I have my art studio in nearby Middle Granville. I go there most mornings and work (I have internet so I can do video conferencing just fine.). This lets us come together at the end of the day and fill each other in on the activities and adventures of the day. I have even gotten a bit of painting done.

So I have done fine. In fact, my depression has done better. Don’t ask me to explain that. But mostly, I have been in a happier place than normal. Mornings have not been hard. The demons have been pretty compliant and have quietly allowed themselves to be pushed back into their boxes with minimal effort. I have felt, even if the world has not been, almost normal.

But the last week has blown that all to hell. I was unprepared for the anger and upsetness I have felt over George Floyd’s murder and the riots that have spread over the nation, and the world, in the last week.

Listen, I am Lilly white. A white southerner no less. I currently live in what has to be the whitest state in the union, Vermont. I have come to understand my white privilege a long time ago, not as a thing to be ashamed of, but to be aware of.  But if anyone in this country is safe, it’s me and my neighbors. Here in Vermont, we have the most peaceful protests ever. You’ll never see us in the news.

But Floyd’s death, and the fact that we somehow have been fighting this battle for equality, against police racism for so long with seemingly no progress has riled something up in me that is unfamiliar and uncomfortable. (No, not all are, so save your anger. But we can’t deny that way to many ARE. The numbers don’t lie.).

How can we as a nation allow ourselves to undergo such agony every time this happens, again and again, and not do anything about it? I have some answers, but I will save them. I am not making a political statement here, I am telling a personal story. So back to it.

I am not good with anger. I never have been. It’s likely genetic. My father was a wonderful man who drank too much and had a temper that flashed, particularly at me, often.  We’ll never know the real reason for all that anger, but I am sure I did not make it better.

But the bigger struggle was handling my own anger. Because of my life experience, I was, and to some extent, still am afraid of my own anger. I don’t think well. I can’t talk well. I don’t do well.

And I have to tell you, I have been angry the past week.

I have handled it well enough. No one’s life has been in danger. I have done what I do, written quite a bit about events and feelings and thoughts, mostly without outward rancor, because I feel like my rancor doesn’t help the conversation.  And that has meant, though I did not recognize what was going on, that a lot of that anger was still being stuffed.

And stuffing is never good. My depression crashed back in. As always, I functioned just fine. But, inside, I was not doing well. A few times, I had to reign myself in from full fledged, Langston Hughes (without his skill at it) rants. I was outwardly doing OK. but inwardly, not so much.

Did I mention the woman I love often knows me too well? She did not know what was going on. (Heck, at that point, neither did I.), but she knew something was going on. “You need a road trip, she said.”

Pardon me wasting a thousand words to get back to the beginning of this story. I seem to have grown into my father’s rather wonderful raconteuringness, only when I write instead of talk).

So I had the day off. I decided to take that road trip. I had no idea where I would go or what I would do. I headed to Manchester to get a good cup of coffee and hung a left. I drove through Bennington and kept driving South, still with no intention.

When I got to Pownal, I saw in the distance, an old building I had passed many times. I had no idea what it was, but it has been abandoned since I moved up here eleven years ago, and I had often said there must be a way to get in there and take pictures. I decided it was the day. I didn’t know what it was, just that it was big and fascinating.

I found what might be the way in about a half-mile or so from the building. There were fences there, but the chain link had been stripped away. No signs. I parked. I walked through the skeleton of the fence and began to walk.

It was a half mile or so. And there is was. I crossed the expansive parking lit with lines of grass growing through the asphalt and took it all in. Obviously a venue of some sort. I later found out it was an old race track that had its heyday in the sixties and seventies and then slowly declined, giving up thoroughbred racing for standard horse racing, and giving up that for greyhound racing, and then becoming an occasional venue for events. Its claim to glory event wise was that they held Lollapalooza there in the nineties.

But that was then. This is now: 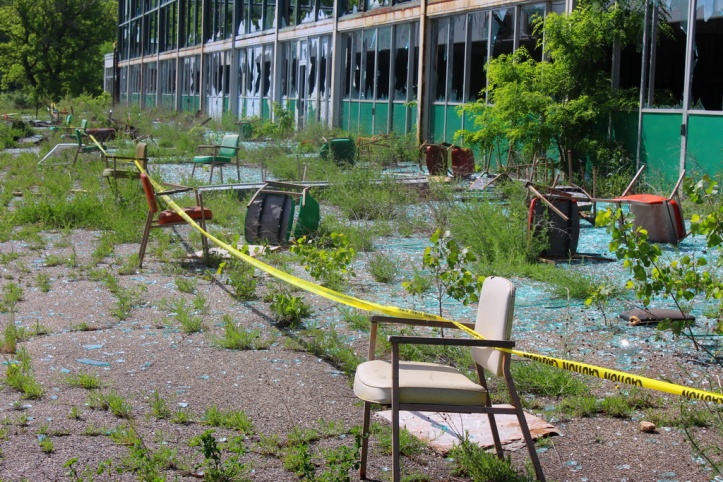 In some ways, it is a mess. The picture above is the front. It’s taped off several feet out from the glass front because glass is still falling. I was there an hour or two, and twice I heard the crash of glass when the wind gusted.

There was no need to break in. Most of the doors were open, or the glass that had once been in them was long gone. I chose to walk in through the admission booth area. 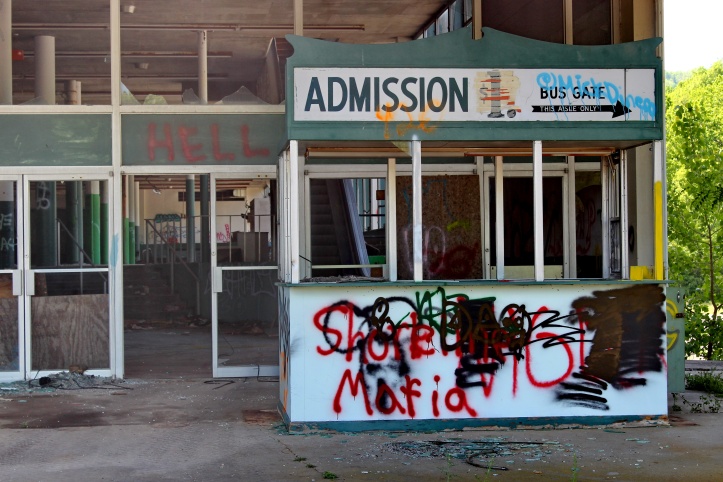 Inside was a huge space. Once there had been betting booths and concessions and a stage for entertainment. Now it is space, light, debris and chairs.

I love abandoned places. I don’t believe in ghosts, but I do believe there is an energy to places, a mix of what they were and sadness at what they have become. A sadness in the consequences of abandonment.

I understand abandonment. I have felt it in my life many years ago and even though I was an adult when it happened, the effects have never left me. To not be wanted, to be told by actions, that you do not have enough value to do the work needed to maintain and restore, is a terrible thing. And when I visit these places, I not only feel the normal sadness of a place that has come undone, but I re-feel some of those emotions, and even stronger, I feel rejoicing that I found people who did think I was worth the work and patience to love and give me the time and grace to restore myself.

It’s an odd mix of emotions. And I only feel it in abandoned places. My soul cried and sings joy at the same time. Feelings are normally slow for me, slow to process, and slow to be able to talk about, but when I am in such places, they rush over me like a waterfall. It is for me, amazing, and comes with a sense of reverence.

I went upstairs, to the stands. 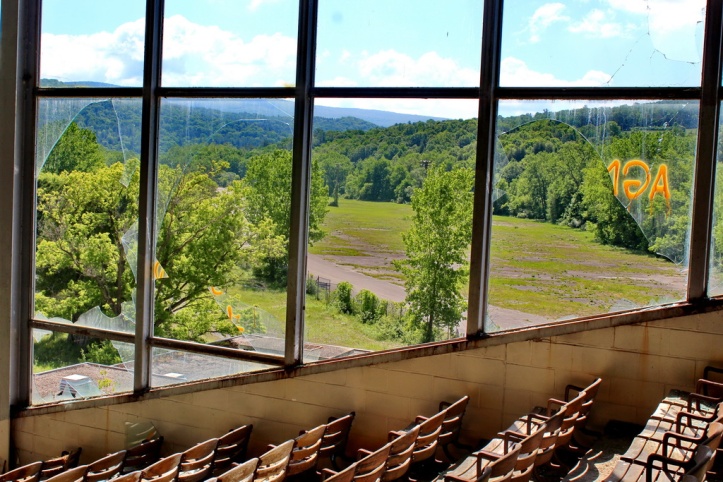 All in all, I spent a couple of hours there. Sometimes taking pictures. Sometimes simply breathing in the space and its energy.

I sent up some prayers. Some of thanksgiving for the life I have now, that I am loved, flaws and all. That the people in my life these days gave me the grace to mess up and collapse and rebuiild.  I said a prayer for the black people murdered and never finding justice, from Rodney King until George Floyd. Such a long time and the same problems. How must they feel? Abandoned. Of course they do.

I gave thanks for a better understanding of my father and our relationship. And for the atmosphere of this place. The energy on this day I needed it. Abandoned? Yes the place was certainly abandoned. Empty? No, not at all. No wonder I seek such places out.

That was not the end of my day. I have things to share around a few hours of zen that finished the work that this abandoned place began. But that is a tale for another day.