Poem and Thoughts: The Silent Places

A bridge in the woods, slightly oriental,
out of place here in wilderness.
It led you in. It will lead you out.

And in the meantime, you simply sit
and allow yourself to empty,
allow God to return

to the imperfect vessel he created,
content to bear your own sins,
unable to bear the sins of others,

desperate to purge the poisons,
the noise of anger and hate,
you seek the silent places.

Finishing my long post about the abandoned race track…..

I continued south and ended up in Williamstown, Mass.  One of our favorite museums, The Clark, is there and I drove there, knowing it would be closed. I miss museums. I don’t think I realized how much a part of my life they are until we could not go there any longer. When I look at my pictures over the past few years, an amazing percentage of them are taken in museums across the country.

I knew The Clark would be closed. But there is a spot there I treasure outside the two buildings that house most of their collection. Sort of a courtyard with a modernistic zen feel.  One of my favorite pictures was taken there, a shot of I and the woman I love on one of our first dates, the pool of water behind us, and behind that, the simple wall that stretches at one end.

The thing is, there are always so many people there. You get the zen vibe, even with the crowds, but you don’t feel it very deeply or strongly. There is an energy of movement, people going here or there, talking over what they have seen or hope to see. The space becomes a piece of art, just like the others. A thing to look at and say “I know what that is.” and appreciate, not feel.

Thursday, it was, as I had hoped, empty.  There were people working inside. I could see their cars in the parking lot. But here, no one. I worried that perhaps they would shoo me away, an interloper, an intruder in the age of quarantine and fear. But they did not. I was left alone.

I meditated. I prayed a while. And then I sat. I did not think about all that has gone on over the past few months, or the past week. If those thoughts intruded, I let them go, focusing instead on sound, wind on the water, steady and calming. I focused instead on that same breeze on my skin.

I took off my shoes. I don’t go barefoot as often as I would like because the diabetes doc recommends against it. But I was still here, with manicured grass beneath my toes. It was, I felt sure, safe.

A person cannot live in today’s world without being a part of it. We are called to serve and love each other, I believe. And that requires an awareness. An understanding of both people and circumstances. That would be easy if we did not live in a world where everyone wants you to think and feel and act in certain ways. We are bombarded with messages all day long. Some studies have shown that the average American faces an average of six thousand marketing messages a day.

And that does not include the news and political opinions that lash out with their angry ropes trying to haul us into their flock. I am a relatively bright guy and probably more conscientious than most in sifting through all these messages, but conscientious or not, we cannot avoid them.  We are battered by them, day in and day out.

Some are useful. Many are poison. Poison to our very souls.

I write often of the ocean. I share poems and pictures of long stretches of sand and waves. That is because late in life, just a few years ago, I discovered Cape Cod in the offseason. It is a beautifully desolate place of sand, sea, and horizons.

I have thought a lot about what it is about the ocean in the off-season I love. The crash of the waves? The endless stretches of beach to walk? The horizons?

Yesterday it came to me. It is the emptiness.

As I sat in this place, this designed zen, feeling it, feeling myself empty, I got it. I was filled with poison. And sitting here, in a place that had no message, just simplicity, and beauty. Not a distracting beauty calling for attention, but a vast, encompassing beauty, so vast that I could let the poison of the world leave me. Let it evaporate.

Let myself return to myself, without the noise.

It is more than solitude. It is an emptiness so vast no amount of life’s poison and noise can fill it. Unlike me, it is infinite.

It takes time. Poison hates to let go once it has you. You can’t pray it out. You have to release it, and let it go. And that is hard, maybe impossible (at least for me) when we are in the midst of the whirlwind of competing voices selling and stirring up the wrong kind of anger.

Psalm 46:10, my signature and favorite bible verse, says “Be still and know I am God.”  God is always around, but too often he is hard to hear, certainly hard to feel and let in when we are filled with the other stuff. Some people may be able to still themselves without getting away and being still and utterly quiet. Unfortunately I am not one of them.

I sat. For hours. 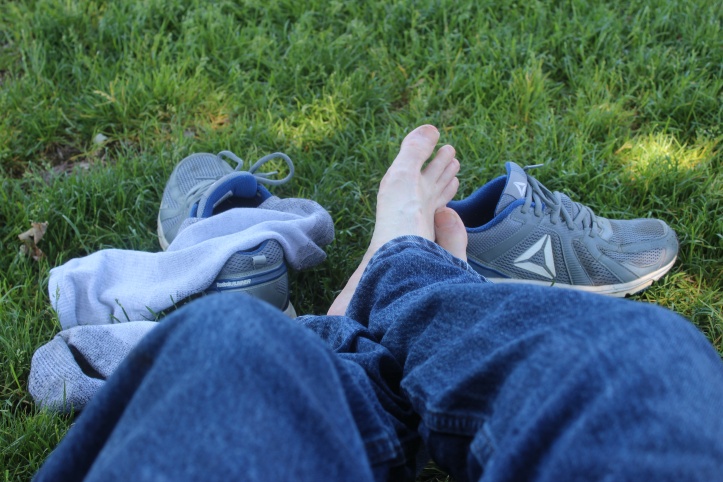 PS: The first picture was taken at a nearby state park. The last two were taken at The Clark.