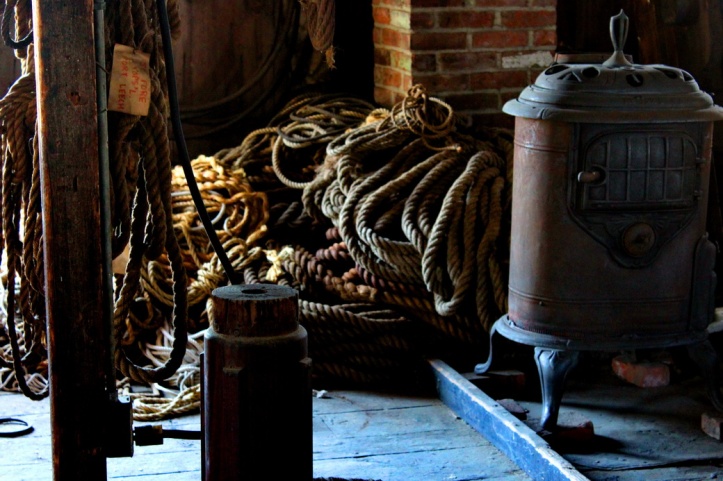 The ropes are rolled loosely in the corner.
Binding things, shrugged off late in life, often
replaced by more in some terrible cycle
of bondage.

Most were not your own. You surrendered to them
one by one, too often for the best of intentions,
not even aware of the sacrifice until
your eyes grew dim from lack of air,

your heart bound by unholy ropes
as the best of you slowly withered away.

But you did not die.
You teetered on the precipice of heaven and hell
like a drunken acrobat, dancing precipitously
as the crowd watched, unsure of what they were seeing.

You found your way
to solid ground and your roots dug down,
hungry, ravenous for the faith so lost in the morass
of failure, exhaustion, and malleability.

You found your way, and one by one,
thread by thread, cut yourself free, growing stronger
with each thin string sliced away, faster and faster,
until, beserker-like you could cut through the thickest bonds

like butter.
You became something you never sought
but always believed you were.
Strong.

The ropes are rolled loosely in the corner.
You keep them there, frayed and sliced,
reminders of how easily we become captives,
and the hard work of breaking free.

I keep a lot of momentoes around my house and particularly around my desk. Not all of them are of good times. There’s a reason for that.

The picture was taken in Mystic Village, CT.