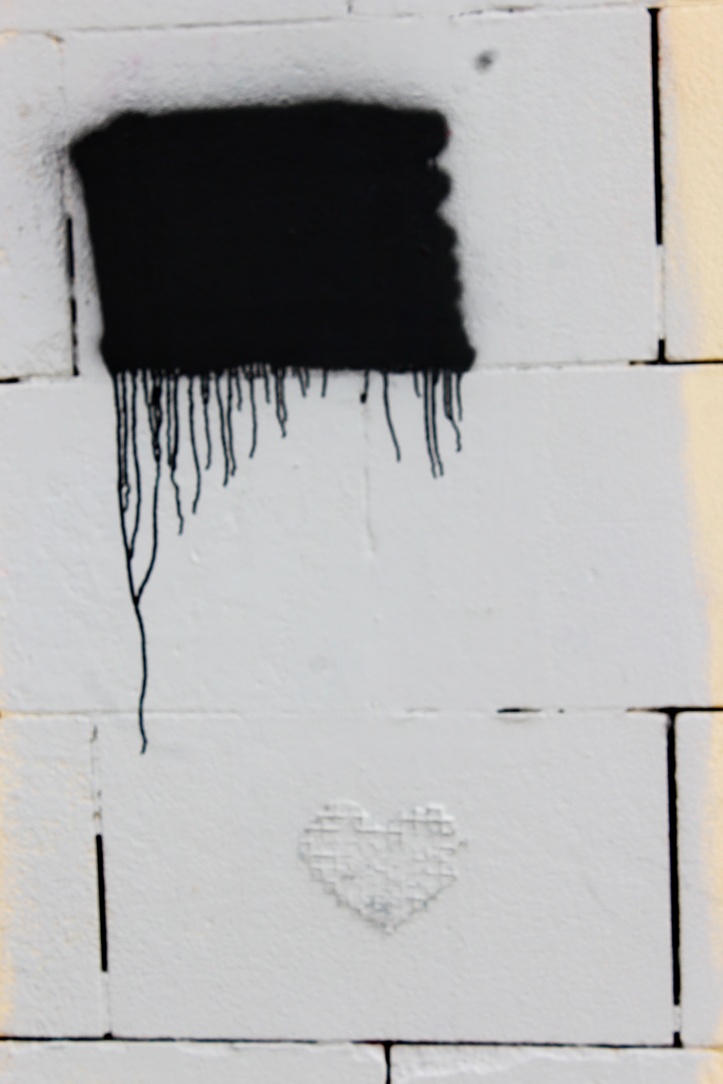 Someone is handy with a spray can.
Black paint on a whitish wall,
a simple square, the bottom paint dripping
like dark blood.

Were the building intact and strong,
were it used at all, we might shake our heads
and curse the graffiti, the marring of space,
but that is not the case. The building is long abandoned

and you find yourself wondering about the vandal artist.
Does he see the symbolism? Were the drips anticipated,
left to fall with intent. You mind whirls, wondering,
making the desecrator something more than he likely was,

making him an abstract artist, a man with a message,
something more than the need to leave his mark
at midnight when the crowds are gone. His art, such
as it is, becomes more than his,

it becomes yours, a product of a runaway imagination
and rose-colored glasses, tendencies that have plagued
you for far too long, a sophomoric belief in the best
of others, unwilling to settle for pure anger, the need

When I was in the process of becoming a Methodist pastor a few years ago, I had to take a battery of psychological tests. The big thing the tests warned me about? An innocence when it came to people and their motivations that most adults have outgrown by my age. This would, the psychologist told me, cause me problems. No news there. It has done so, often, in my life. I’ve learned to live with it.

The picture was taken at Asbury Park. Most people would have not looked twice, but the abstract artist in me wanted to remember it. It was, as my kids are fond of saying, one of those pictures with a poem in it.

And here it is.