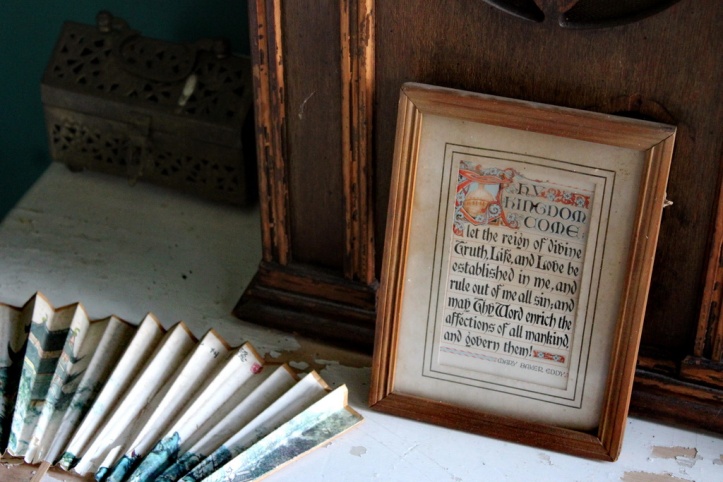 I remember the day.

It was a week after my separation from my first wife. I felt I had lost everything. I was in a little eight hundred square foot apartment in the basement of an old building. My ex and the kids were in what had been my dream home, a 1792 farmhouse with five acres, outbuildings and 4,500 square feet of high ceilings – a mix of colonial and victorian elegance.

My kids were with her. That’s how they do it in Virginia. I got to see them every other weekend, or when my ex needed to do something and needed a babysitter. One of the things I discovered early on what that I missed being a full-time dad even more than I missed being a husband. It was crushing. Yes, it got better. My kids came to live with me later on. I am blessed by their love. But at that moment, they were lost to me.

And it was crushing not just because of my loss. It was crushing because I knew what the breakup was doing to my kids. The hurt. The harm. It would get better, I knew, but what kids need as much as love is a sense of security and this, I knew, blew that all to pieces. I felt a failure, whether or not it was my failure, I felt it deeply. I was not used to failing in life, and now, here, I was failing at the most important thing in my life.

I had lost my church. Well, not completely. The people in my church were wonderful and loving and supportive. This was not one of those “shoot your wounded” churches. They were magnificent in their love. But I had been a church leader there for many years. Deacon Chair. Sunday School Teacher. Choir. All that stuff. We tried to both go to church to keep things stable for the kids. But it was hard and painful to sit in the choir and see your ex-family in the third row. It was a reminder of loss and failure. My pastor urged me to stay on in my roles, but I felt strongly that a church leader who had not been able to preserve a marriage, probably should not be a spiritual leader until a long period of looking inward and soul searching. I left the church and joined another.

I had lost a lot of antiques. I adore antiques, something I got from my parents. Our big old farmhouse was full of them. We had gathered them over twenty-five years of marriage. Each one had a story with it, about where we found it, what we did to fix it up, our enjoyment of each piece. I would eventually get plenty of them back as the final splitting of assets happened, but at that moment, I only had 800 square feets worth of them, and I missed the warmth and sense of permanence old furniture gives you. That lack seemed to be a symbol of all the loss I was feeling at the time.

I had lost the zeal for my work. I was always a zealous worker and it had led me to pretty high places in my industry. I still had my job. I still did the work, but the energy behind it, that feeling that I was working to provide a certain kind of life for my wife and kids, and that that work was appreciated, was gone. Add to that a deep depression I had fallen into throughout the process, and the zeal was gone. Work became a drudgery, a thing to survive.

My joy was gone.

What I had left was technically life, but mostly it was this deep dark place. I never became suicidal, but I just didn’t care. I existed. Every other weekend I came alive when the kids showed up, but otherwise, I was a ball of emotional pain, living not just day to day, but literally hour to hour.

My little apartment was in the basement of what had once been an old schoolhouse. There was a sweeping set of stairs that led to the first floor, and the entrance to my apartment was under those stairs. The stairs themselves acted as sort of a front porch for my apartment. I had a couple of plastic chairs under there, and a small table between them.

I settled into the apartment quickly. It was, after all, small. I had not brought that much from the house. I did not, I discover, need much. And so there I was, the first weekend after moving in, the kids not with me.

I was sitting in one of the plastic chairs under the stairs. Outside it was sunny and bright. One of the other tenants had planted flowers around the stairway, and I could smell the sweet perfume of Phlox and Roses.

I was reading. My favorite novel, The Count of Monte Cristo. The temperature was warm, but not to warm. I had a cold diet coke with me on the table. I was barefoot. And it hit me.

It was a moment that turned into a lesson. About living in the moment.

It took a time for it to turn into a lesson. It took my counselor reminding me and refocusing me and helping me learn it deep into my soul. It took me consciously reminding myself. I won’t pretend the moment happened and “voila!” I had it.  No, it was work to get there, but it did take. And it is still one of the most important things I learned. It is a driver of my sanity and peace to this day.

And it all began that July afternoon, sitting under the stairs reading barefoot.

My divorce was the worst thing to happen to me on many fronts. But like so many things, years later, I see all the good that came from it. It set me up to become far more authentic. I grew from it into something stronger and more compassionate and my life is simple and good. I have a wonderful woman at my side that has made me even better as a person. It was worth the pain then to have her now.

And that lesson stays with me. The moment matters.

As I sit here with my cup of coffee, my really good cup of coffee at my favorite diner, each sip resonates strongly and powerfully. It is a good moment. There’s power in that.

Ultimately, life is a head game. What we think, is. What we think changes how we live, how we feel and the joy and peace we do or do not have, and I am grateful for that moment, so many years ago, when I began to learn just how true that was. And it comes to mind almost every time I sit down in the sun and read, barefoot.